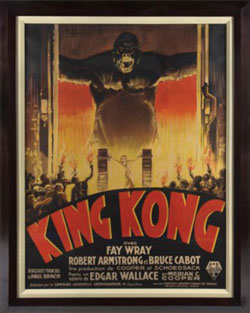 A full color special brochure designed by Osian’s showcasing
many of these fine auction highlights can be found online here:

Los Angeles, California – (February 6th, 2018) – Julien’s Auctions, the world-record breaking auction house, announced today that PROPERTY FROM THE OSIANAMA ARCHIVES will be heading to the auction block March 8, 2018 in Los Angeles and live online. A significant part of the Hollywood category of the Osianama Archives, an outstanding, award-winning collection of some of the world’s most important film memorabilia and artwork, will be available for auction for the first time in history in this spectacular never before seen event. (center photo first page: King Kong poster) 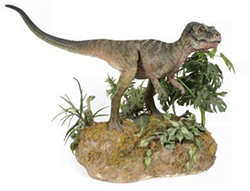 From a life-size Terminator 3 screen figure to the monstrous Alien Queen’s maquette from Aliens to a gigantic T-rex dinosaur figure from The Lost World: Jurassic Park, the Osianama Archives features iconic production pieces, props and posters from the greatest and most influential films of all time. Some of the most prestigious original artwork representing nearly 100 years of classic Hollywood films by poster design masters Al Hirschfeld, Saul Bass, Alberto Vargas, Jean Mascii, Boris Grinsson, Reynold Brown, Albert Kallis, Tom Jung, Waldemar Świerzy, Andy Warhol and many more will be offered. From the legendary silent films of Charlie Chaplin and Buster Keaton to the German Expressionism

The Osianama Archives is the renowned archive-library-collection of world cinema built and housed by Osian’s, India’s pioneering arts and cultural institution and auction house, founded in 2000 by eminent arts and culture scholar-entrepreneur Neville Tuli. The vast collection curated by Tuli consists of more than 200,000 original objects of production items, film publicity material and memorabilia and serves as an unrivalled center of knowledge, learning, education and cultural history. 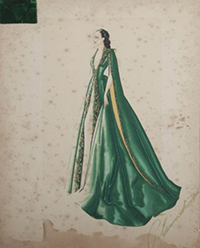 “Julien’s Auctions is thrilled to offer the Osianama Archives, the finest and most comprehensive collection of film memorabilia and artwork of the last century,” said Martin Nolan, Executive Director of Julien’s Auctions. “These rare and highly valued objects have served as a landmark for cinema as an art form and cultural reference and is certain to dazzle and delight any serious film memorabilia collector keen to own these pieces of Hollywood movie making history.” 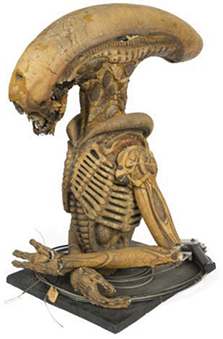 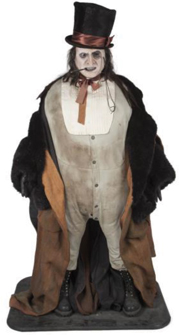 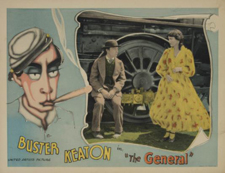 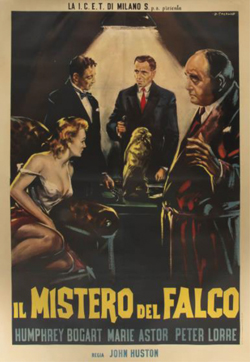 A full color special brochure designed by Osian’s showcasing many of these fine auction highlights can be found online here:

About Julien's Auctions
Julien's Auctions is the world record-breaking auction house to the stars. Collaborating with the famous and the exclusive, Julien's Auctions produces high profile auctions in the film, music, sports and art markets. Julien's Auctions has received international recognition for its unique and innovative auction events which attract thousands of collectors, investors, fans and enthusiasts from around the world. Julien's Auctions specializes in sales of iconic artifacts and notable collections including Marilyn Monroe, John Lennon, Ringo Starr, Lady Gaga, Banksy, Cher, Michael Jackson, U2, Barbra Streisand, Les Paul, Bob Hope, Elvis Presley, Frank Sinatra, Jimi Hendrix and many more. In 2016, Julien's Auctions received its second placement in the Guinness Book of World Records for the sale of the world's most expensive dress ever sold at auction, The Marilyn Monroe "Happy Birthday Mr. President" dress which sold for $4.8 million. Julien's Auctions achieved placement in the Guinness Book of World Records in 2009 for the sale of Michael Jackson's white glove which sold for $480,000 making it the most expensive glove ever sold at auction. Based in Los Angeles, Julien's Auctions has a global presence bringing their auctions and exhibitions to targeted destinations worldwide including London, New York, Las Vegas, Japan and China. Live auctions are presented for bidders on-site and online via live streaming video and mobile technology. For more information, go to www.juliensauctions.com. Connect with Julien's Auctions at www.facebook.com/JuliensAuctions or www.twitter.com/JuliensAuctions or www.instagram.com/juliens_auctions.