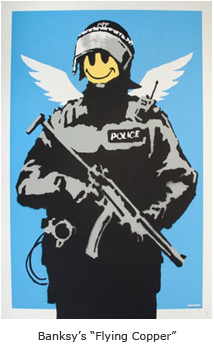 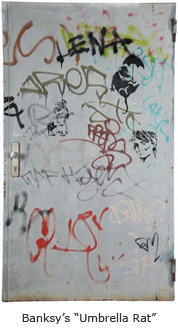 Banksy is arguably one of the most controversial street artists in the world.

After 20 years of remaining completely anonymous, Banksy continues to bear huge influence on the art world, recently announcing the opening of his “Walled Off Hotel” in Bethlehem, a political stunt meant to bring tourists to the war-torn town and encourage dialogue to break down barriers. Banksy came to notoriety as a Street Artist by placing his artworks in conspicuous public spaces including buildings and vehicles. Working with all types of street art media, his works often give voice to a political or social message. 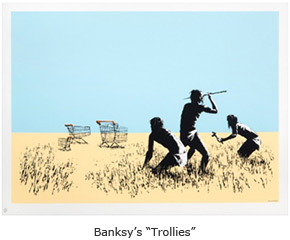 A complete list of all Street and Contemporary Art offered in this sale can be found at http://www.juliensauctions.com.