LEGENDARY SPORTS ICONS WILL BE CELEBRATED AT JULIEN’S AUCTIONS

Three Auctions over Two Days will include Football Legends Featuring the Collection of Bernhard L. Lacroix, Sports Legends and Formula One Legends 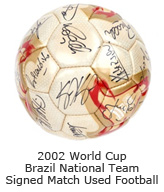 LOS ANGELES, CALIFORNIA – (May 16, 2017) – Julien’s Auctions, the world record breaking auction house to the stars, has announced three auctions over two days in June that will celebrate the world’s greatest athletes in sports history. Football Legends Featuring the Collection of Bernhard L. Lacroix, Sports Legends and Formula One Legends will highlight the two day auction to take place at the Mall Galleries in London on Friday, June 9, 2017 and Saturday, June 10, 2017.

As a FIFA Match Agent, Lacroix has evolved into the role of the Match Agent for the Brazilian Football Confederation – the Confederação Brasileira de Futebol or CBF. In his role as Match Agent for the CBF, Lacroix has had the good fortune to be present with the Brazilian team during some of the greatest events in the sport including World Cups, Olympics and Confederations Cups to name a few, as well as numerous other high profile matches around the globe. 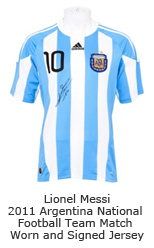 Throughout his years of working in such close proximity with many football players around the world, Lacroix has become friendly and acquainted with many of the games legends and top stars including the Brazilian footballer Ronaldo, Lionel Messi, Ronaldinho and Neymar to name a few. As a result of these relationships, Lacroix has been able to obtain items in his collection directly from the players themselves. This separates his collection from most, or even all others, in the world. Due to this exclusive access and the ability to obtain items directly from the source, Lacroix can state that the provenance of the items in his collection is impeccable.

"My career as a Match Agent for FIFA has been remarkable. It has given me spectacular memories of amazing moments in football history that I was able to witness firsthand and friendships I hold dear. It's time I now part with the extraordinary artifacts in my collection so that fans and collectors from all over the world have a chance to enjoy them as much as I have,” said Bernhard L. Lacroix. 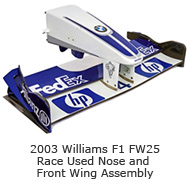 On any given day millions of people watch their favorite sports heroes compete around the world, from global icons on the football pitch, to pugilists in the ring, to drivers testing the limits of speed and control on the race track. The thrill of the win and the agony of defeat all include an energy that can’t be found anywhere outside of an arena, court, field or track. It’s the thrill of every goal, every swing, or every turn around the corner that makes the Sports memorabilia offered in these auctions one of the most important facets of collecting. Julien’s Auctions will offer fans a potential once-in-a-lifetime unique opportunity to take home rare Sports collectibles and memorabilia during the two-day auction event in June.