THE FAMOUS BOOTH WILL BE SOLD BY JULIEN’S AUCTIONS AT MUSIC ICONS ON MAY 20, 2017 AT HARD ROCK NEW YORK

Fans can see the phone booth during exclusive exhibit 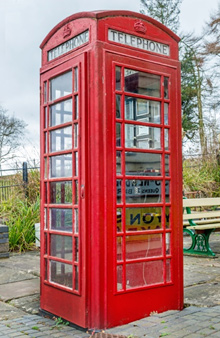 London, England – (April 11, 2017) – Julien’s Auctions, the world record breaking auction house to the stars and Hard Rock London have announced an extraordinary event for fans of the award-winning pop band ONE DIRECTION. Beginning Thursday, April 14, 2017, fans can step inside the same phone booth featured on the band’s “Take Me Home” album cover. All five original band members are seen climbing on top of — or, in Niall Horan’s case, trapped inside a classic London red telephone booth including Liam Payne, Harry Styles, Louis Tomlinson and Horan. Original member Zayn Malik departed the band in March of 2015.

In 2010, the five boys beat hundreds of others to gain a coveted spot in the seventh season of the hit television show “The X Factor.” Niall, Zayn, Liam, Harry, and Louis didn’t even know each other but fate had them grouped together for the performance by judge Nicole Scherzinger and the rest is history. 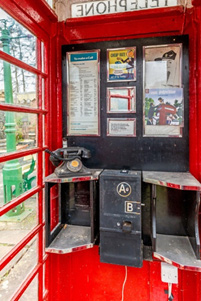 With Simon Cowell as their mentor, ONE DIRECTION became lightening breakthrough artists in the United Kingdom, the United States and international stars propelled by social media. The group signed with Syco/Sony Records and their first hit single “What Makes You Beautiful” was released in 2011. The band continued to tour the globe and released hits including “Story of My Life,” “Little Things,” “One Way or Another,” “Best Song Ever” and others.

Fans can have the exclusive opportunity to view the ONE DIRECTION used phone booth beginning Thursday, April 14, 2017 through Saturday, May 20, 2017. The hours for the exhibit begin at 11:00 a.m. daily. The Hard Rock London is located at 150 Old Park Lane in London. The exhibit is free and open to the public. The famous phone booth will be auctioned by the world record breaking auction house to the stars, Julien’s Auctions, during the Music Icons auction to be held at the Hard Rock New York Times Square on May 20, 2017. For details on upcoming auctions, go to http://www.juliensauctions.com.