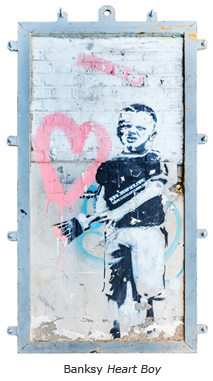 Los Angeles, California – (May 2, 2016) – Julien’s Auctions, the world record breaking auction house to the stars, hosted the Street Art and Contemporary Art auction on April 30, 2016 in Los Angeles which raised over $1.3 million. The sale featured extraordinary highlights from the most sought after street artists including graffiti artist Banksy. The Banksy artwork collection consisted of nine artworks and was among the highlights of the one day auction bringing in bids from all over the world. 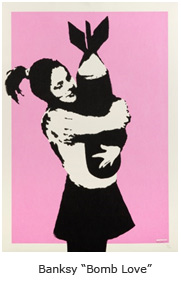 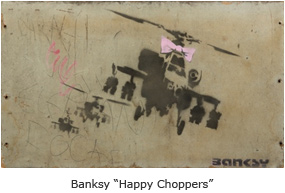