Extraordinary Banksy Lots to be Highlighted in February Sale —
February 12-21, 2016 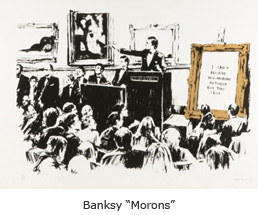 New York, New York – (February 5, 2016) –Julien’s Auctions, the world record breaking auction house to the stars, announced a partnership with Artsy for  an online-only Street Art Now Auction. Curated by Julien’s Auctions, the world-renowned auction house, with data-driven guidance from Artsy, the sale will open on February 12th, 2016 at 12:00 p.m. PST and close February 21st at 6:00 p.m. PST. The auction will happen in real time on the Artsy website (artsy.net/juliens) and the Artsy iPhone and iPad apps, and will be co-promoted on juliensauctions.com. 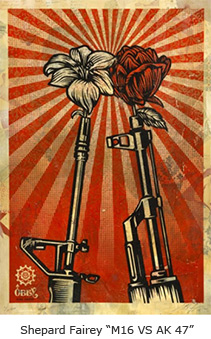 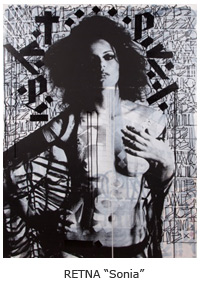 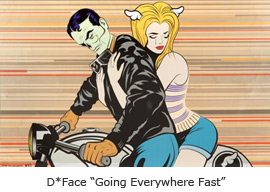 “Julien’s Auctions is excited to collaborate with Artsy on this extraordinary Street Art sale,” said Darren Julien, Founder & CEO of Julien’s Auctions. “By offering this new platform to our collectors and fans around the world we have the opportunity to work together on new, innovative approaches that add to our global auction recognition.”

ABOUT ARTSY
Artsy is the leading resource for learning about and collecting art from 4,000 leading galleries, 600 museums and institutions, and 60 international art fairs and select auctions. Artsy provides free access via its website (Artsy.net) and iPhone and iPad apps to 350,000 images of art and architecture by 50,000 artists, which includes the world’s largest online database of contemporary art. Artsy’s encyclopedic database spans historical works, such as the Rosetta Stone and the Colosseum, to modern and contemporary works by artists such as Pablo Picasso, Willem de Kooning, Richard Serra, Lucien Smith, Sarah Lucas, and Cindy Sherman. Powered by The Art Genome Project, a classification system that maps the connections between artists and artworks, Artsy fosters new generations of art lovers, museum-goers, patrons, and collectors. A press and public exhibition will be announced soon.