THE WORLD’S LARGEST AND MOST EXTRAORDINARY COLLECTION OF SIGNED HOLLYWOOD PHOTOGRAPHS WILL BE OFFERED AT JULIEN’S AUCTIONS IN LOS ANGELES ON SEPTEMBER 23, 2016 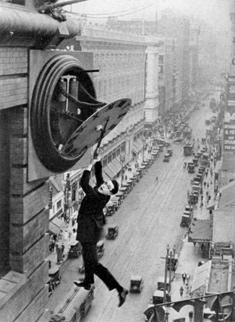 The Rogues Gallery Autograph Collection is the most extensive and unique autograph collection amassed by the silent film star Harold Lloyd and is comprised of the most significant figures of Hollywood’s “Golden Age.” This one-of-a-kind collection is a time capsule of Hollywood, Americana and the politics of the day. 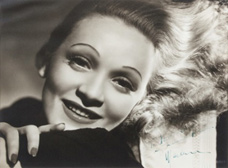 “The King of Daredevil Comedy,” Harold Lloyd is best remembered today as the young man dangling desperately from a clock tower in the 1923 classic, “Safety Last.” At the height of his career, Lloyd was one of the most popular and highest-paid stars of his time. He made more films than his contemporaries Charlie Chaplin and Buster Keaton combined. 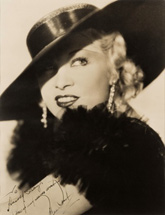 With hits like his 1922 film “Grandma’s Boy,” Lloyd became a strong force in bringing about the advent of the “feature-length” film. Harold Lloyd’s acting career rose to prominence during the silent film era and spanned 34 years of active filmmaking, over 200 comedies and one 1928 Academy Award nomination. He was the recipient of the Academy Award for Master Comedian and Good Citizen in 1952, two George Eastman Awards in 1955 and 1957 and the Cannes Film Festival Award in 1962. During his long and illustrious career, Lloyd had dealings with remarkable actors and public figures, placing him in a very unique position to amass such a rare collection which he delighted in showing to visitors of his famed residence. This marks the first time this collection is being publicly offered. 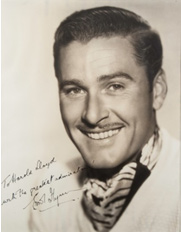 Just as remarkable as the collection is the story on how it all came together in the 1930s. When Harold and his wife Mildred moved into their magnificent Beverly Hills estate “Greenacres” in 1929, one would not have imagined such a collection would become such a prominent place in their home. The house, which would later be named to the National Register of Historic Places, had been designed with a tunnel that led from the main house, under the formal lawn, to a game room and bar area. Harold had originally planned to install a bowling alley but Mildred had other ideas … most importantly how “not” to install a bowling alley. 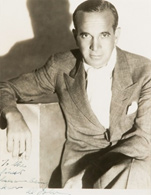 As a Christmas gift in 1937, Mildred and her close friend, actress Marion Davies, invited friends of Harold to send him a singular gift — their favorite portrait of themselves. Hundreds of Harold’s friends came through, resulting in a collection of Hollywood’s legendary stars and iconic actors all seen through the lens. From film luminaries to sports heroes to United States presidents, each portrait was then displayed in this underground corridor, and The Rogues Gallery was born. Harold adored and cherished every photograph sent to him with almost of all of them being inscribed to Harold. One such memorable photograph, signed by famed director Cecil B. DeMille, is inscribed “May the public never find my spectacles as funny as they find yours.” 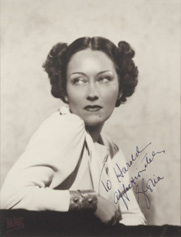 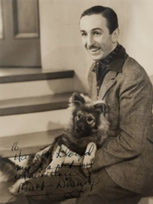 Harold Lloyd’s acting career rose to prominence during the silent film era and spanned 34 years of active filmmaking, over 200 comedies and one 1928 Academy Award nomination. During his long and illustrious career, Lloyd had dealings with remarkable actors and public figures, placing him in a very unique position to amass such a rare collection in which he delighted in showing to visitors of his famed residence Greenacres. This marks the first time this collection is being publicly offered.

About Julien's Auctions
Julien's Auctions is the World-Record Breaking Auction House to the Stars. Collaborating with the famous and the exclusive, Julien's Auctions produces high profile auctions from the world of entertainment, Rock n' Roll, sports and art. Founded by Darren Julien, Julien's Auctions has achieved international recognition for its extraordinary auction events which attract thousands of collectors, investors, fans and enthusiasts from around the world. Julien's Auctions specializes in auctioning iconic artifacts and notable collections from the world's most recognizable stars including Marilyn Monroe, John Lennon, Ringo Starr, Jane Fonda, Lady Gaga, Banksy, Cher, Michael Jackson, U2, Barbra Streisand, Larry Hagman, Les Paul, Bob Hope, Elvis Presley, Frank Sinatra, Jimi Hendrix and many more. Each auction is beautifully documented in a collectible high gloss auction catalog uniquely capturing the story of the collection and photographs of each treasure. Based in Los Angeles, Julien's Auctions has an international presence and is featured widely in the press both domestically and internationally while bringing their exhibitions and auctions to destinations worldwide including London, New York, Las Vegas, Japan and China. Live auctions are presented for bidders on-site and online via live streaming video, by phone and by text. Darren Julien, Founder & CEO, and Martin Nolan, Executive Director, head up the organization and together have led the renowned auction house to world record breaking auction results. For more information, go to www.juliensauctions.com.