Julien’s Auctions Announces the Property from the Estate of Luise Rainer, Golden Era of Hollywood Star Known as the “New Garbo” 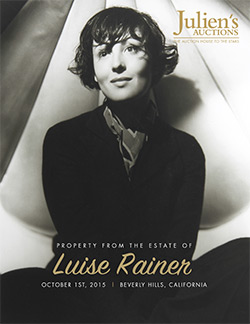 Beverly Hills, California – (August 10, 2015) – Julien’s Auctions, auction house to the stars announces Property from The Estate of Luise Rainer.  The meteoric star of eight MGM Studios movies of the 1930s and celebrated winner of two consecutive Academy Awards was once heralded as the “new Garbo.”  The items in the collection feature an array of fine European antiques, Old Master and Contemporary fine art, career memorabilia, furniture and personal effects from Rainer’s longtime home in London’s trendy Eaton Square.

Luise Rainer was the first actress to win back-to-back Academy Awards, the first in 1936 for her performance as Anna Held in The Great Ziegfeld and the second in 1937 for her performance as O-Lan in The Good Earth.  Her historic rise in Hollywood is what film legends are made of. After a rocky relationship with Hollywood, this American/Viennese actress spent her time between Switzerland and England and finally settled in England in the 1990s following her second husband’s death. 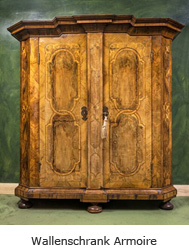 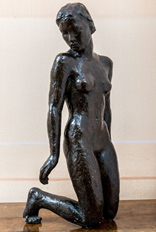 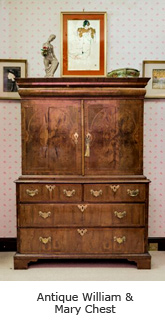 Rainer herself was a student of art and many examples of her paintings and shadowbox assemblages are included in this sale (most are estimated between $400-$600 or $600-$800). One standout example is her Cubist rendering of Velazquez’s Las Meninas (Estimate: $600-$800).

This auction also features memorabilia and photographs from Rainer’s storied career, including a solid 14K gold 1936 Motion Picture Critics of America medal (Estimate: $4,000-$6,000), a George Hurrell black and white photograph portrait, and personal effects such as clothing and shoes, sterling monogrammed dresser sets, and a series of black and white photographs of Rainer with her good friend Albert Einstein.

All of the property in the auction is featured in a full color limited edition catalog available for purchase at www.juliensauctions.com.