FROM THE ROYAL FAMILY TO THE ROYALTY OF ROCK AND ROLL, JULIEN’S AUCTIONS ENDS THE YEAR WITH WORLD RECORD BREAKING RESULTS

Beverly Hills, California – (December 30, 2015) – Julien’s Auctions, the world record breaking auction house to the stars, has ended 2015 with monumental results that broke world records and brought bidders to their knees from every corner of the globe. After a year full of unprecedented auctions including Icons of Rock n’ Roll, Hollywood Legends  and memorabilia from the world’s most recognized and collectible film legends, television actors, music legends and sports figures, Julien’s Auctions went on to break several world records in the process. It was a Royal Flush of sorts this year at Julien’s Auctions Beverly Hills with memorabilia from the Royal Family and Rock and Roll Royalty that put the auction firmly in the record books.

On November 7, 2015, Julien’s Auctions sold the John Lennon original 1962 J-160E Gibson Acoustic guitar believed to have been lost for 50 years for a world record price of $2,410,000. The guitar represented a rare and significant guitar to John Lennon’s history said to be the most important Beatles guitar to ever hit the auction block.

It's September of 1962 and The Beatles’ John Lennon and George Harrison each purchase jumbo J-160E Gibson acoustic guitars from Rushworth’s Music House in Liverpool for £161. Never would one imagine that the guitars would become so significantly important to the history of the Beatles nor engage such an undeniably intriguing story of its future whereabouts. When purchased by two of the members of the Fab Four, the guitars were the only ones of their type in the country which were said to have been flown to England by jet from America after being specially ordered. The two guitars were identical apart from the serial numbers. 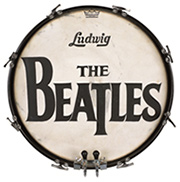 On the same day, the most famous of the seven known Beatles drop-T logo drum heads — The Ed Sullivan drum head was also auctioned bringing in a record final price of $2,125,000. Aside from its status as the most celebrated of the seven drop-T logo drum skins, the Ed Sullivan Show head (also known as drum head #2) is the only one that was featured on a Beatles album jacket. It appeared on the covers of the Capitol LPS The Beatles Second Album and Something New as well as on the interior gatefolds of Capitol’s The Beatles Story and Parlophone’s Beatles for Sale.

“We have had a great 2015 and we look forward to breaking even more world records in 2016,” said Darren Julien, Founder & CEO of Julien’s Auctions. “What makes us most proud is the delight we see on both consigners’ and collectors’ faces when an item is sold and a bid accepted during our exciting auctions. We’re here to bring in the best prices achieved worldwide and we are very proud of the excitement we continue to cause in the auction world.” 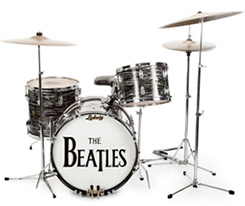 Capping off one of the most exciting years in Julien’s Auctions history, Ringo Starr’s personal drum kit, his first 1963 Ludwig Oyster Black Pearl three piece drum kit, sold on December 5, 2015 for a world record breaking price of $2.2 million to Indianapolis Colts owner Jim Irsay. The drum kit was used to record some of the The Beatles’ biggest hits including “Can’t Buy Me Love,” “She Loves You,” “All My Loving,” “I Want to Hold Your Hand,” “Money” and “I Wanna Be Your Man” among many others. Paul McCartney also used the Oyster Black Pearl kit on his first solo album McCartney.

“The energy at our auctions is electric. From Ringo Starr’s Ludwig Drum Kit to the John Lennon Acoustic guitar many thought was lost forever, we are making history at Julien’s Auctions,” said Martin Nolan, Executive Director of Julien’s Auctions. “We cannot wait for 2016 and to announce everything we have in store for next year. Our staff, our collectors, our consignors and our fans are among the best in the world. We are so very honored to have the opportunity to provide entertainment as well as fine investment opportunities with remarkable auctions throughout the year. Here’s to seeing new world records in 2016!” 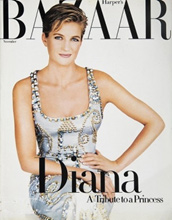 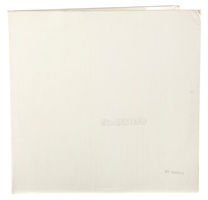 Breaking another record was the sale of Ringo Starr’s UK #1 White Album which sold for $790,000. The last record had been set when an Elvis acetate sold for $310,000 at auction.  Julien’s Auctions also sold HRH Princess Diana’s iconic ice-blue Versace dress for over $200,000. The estimated bid of $30,000 was well over-achieved as bidders from around the world bid fast and furious for the famous dress worn by HRH Princess of Wales which was seen on the cover of a 1997 Harper’s Bazaar Magazine. The beloved princess proved to be still fascinating almost 18 years after her death. The royal’s iconic embellished Atelier Versace gown was the gorgeous ice blue figure hugging design with gold tone stud embellishments. Reportedly, the Versace gown was the first that the late designer created for the Princess.

Other highlights from an exciting 2015 at Julien’s Auctions included in May of 2015 when the auction house sold a rare George Harrison stage played Mastersound Electric Guitar for $490,000. The George Harrison played 1963 Mastersound Electric Guitar was used by Harrison in the summer of 1963 when he had it on loan from Barratt’s Music Store. Harrison played it in concert at Margate (July 8 to 13), in Liverpool (August 2), at a photo call at the Cavern (August 3) and when the Beatles played Guernsey, Channel Island (August 6-10).

The 1976 MCI Crusader Elvis TCB Tour Bus was originally purchased with funds provided by Elvis Presley for his band, The TCB Band led by J.D. Sumner sold for $258,000. And the John Lennon gifted Rickenbacker guitar to Ringo Starr sold for $910,000 in December 2015.

The legend of Marilyn Monroe remains enticing for collectors, proven when a Marilyn Monroe grave marker originally estimated to sell for $2,000-$4,000 sold at Julien’s Auctions for $212,400. The grave marker was from the Westwood Village Memorial Park Cemetary in Los Angeles.

In 2016, Julien’s Auctions will continue its tradition of breaking world records with offerings of the most extraordinary and respected auctions from the world’s most celebrated stars of film, television, music and sports. The auction house will also announce several new global locations for their auctions to take place.

Some video highlights of the exciting 2015 year at Julien’s Auctions are included below.