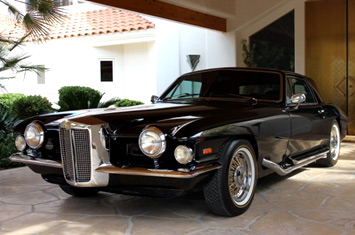 Beverly Hills, California – (April 10, 2015) – Julien’s Auctions, the auction house to the stars, has announced a one week exclusive exhibit at Palms Casino Resort in Las Vegas. Collectors and fans have the rare opportunity to see Elvis Presley’s 1971 Stutz Blackhawk car which he purchased on September 8, 1971. Julien’s Auctions will later auction the infamous vehicle at their upcoming Music Icons auction to be held in New York in May. The car is one of many items being offered in the Property from the Life & Career of Elvis Presley Collection. The car is estimated to sell for $400,000-$600,000. Presley, who would have been 80 years old this year, remains the most iconic performer of the century with fans from around the world. The exhibit will open on Tuesday, April 14, 2015 at 10:00 a.m. and end on Wednesday, April 22, 2015 at 5:00 p.m. 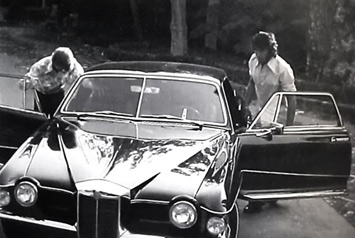 The 1971 model is a two-seater with a small jump seat. The car was delivered to Elvis on September 9, 1971 at his Monavale Street home in Beverly Hills. He purchased it following an accident that involved his first Stutz. It was one of only 26 built as a 1971 production model. The 1971 Stutz Blackhawk is considered the most collectible due to it being the first and only year the car was hand built by Padane in Modena, Italy. The 1971 model was also the only car produced with the split windshield and was not fitted with a rear bumper. Elvis Presley loved the car and in 1972 presented it to Dr. Elias Ghanem. Ghanem, a Las Vegas based doctor who acted as the house physician for the Las Vegas Hilton, had a close relationship with the “King of Rock n’ Roll."

Presley, remembered for his generosity, gifted many cars in his lifetime but few that were his own personal vehicle like this one. Dr. Ghanem treasured the car and other mementos Elvis had given him until his own death in 2001. The car is still equipped with its original 7.4 liter 455 cu engine and has only 33,000 miles on the odometer.

The Elvis Presley 1971 Stutz Blackhawk will be displayed in the front lobby of Palms Casino Resort located at 4321 West Flamingo Road in Las Vegas. Fans can view the famous car from 10:00 a.m. daily. The Julien’s Auctions Music Icons auction event will take place at the Hard Rock Cafe New York on Friday, May 15, 2015 and Saturday, May 16, 2015. The Property from The Life & Career of Elvis Presley auction includes a vast array of items including the “TCB” tour bus.

PRESS ARE INVITED TO PREVIEW THE ELVIS PRESLEY 1971 STUTZ BLACKHAWK PRIOR TO EXHIBIT OPENING. PLEASE CONTACT PRESS REPRESENTATIVE NOTED BELOW.