Although Chasen’s restaurant had the stuff Hollywood legends are made of, it was the famous faces who began gathering there when it opened in 1936 until 1973. If the walls could talk, we would hear the voices of such iconic Hollywood celebrities as Cary Grant, Elizabeth Taylor, Frank Sinatra, Johnny Carson, Lana Turner, Groucho Marx, Jimmy Stewart, Alfred Hitchcock and even Howard Hughes. All of these stars and many more made Chasen’s famous for becoming the place to be “seen” in Hollywood and it was quickly established as “the hangout” for celebrities and Hollywood insiders.

A pair of two matching panel oak restroom doors with a brass plaque marked “Ladies” will also be offered. The women’s restroom at Chasen’s was famous as the site of countless celebrity nose powdering sessions as well as being the place where Donna Summer penned notes for her hit song “She Works Hard for the Money,” which was inspired by longtime Chasen’s bathroom attendant Onetta Johnson. 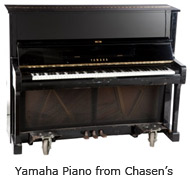 It’s a cast of stars that only the world’s biggest directors would dream of when it comes to mentioning the highlights of the auction. From the Golden Era of Hollywood to today’s biggest and brightest names, Hollywood Legends is set to entertain. The vast array of memorabilia includes personal effects, costumes, artwork, jewelry, scripts, animation cels, photographs, furnishings and more. 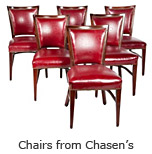 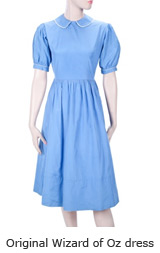 About Julien's Auctions
With expertise specializing in entertainment and sports memorabilia, Julien’s Auctions has quickly established itself as the auction house to the stars. Julien’s Auctions presents exciting, professionally managed and extremely successful auctions with full color high quality auction catalogs unlike any other auction company and stars in the network primetime television series “Celebrity Home Raiders.” With media coverage spanning the globe and unprecedented marketing support, Julien’s Auctions has become known as the premier entertainment and celebrity memorabilia auction house worldwide. Previous auctions include the collections of Cher, U2, Barbra Streisand, the estate of Marilyn Monroe, the estate of Les Paul, Bette Midler and many more. Official website is www.juliensauctions.com or go to www.facebook.com/juliensauctions.”