Iconic Memorabilia from the Man Who Brought Us “Deliverance,” “Smokey and the Bandit,” “The Longest Yard,” “Boogie Nights” “Evening Shade” and More 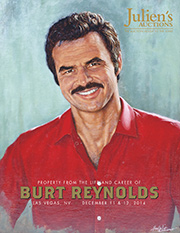 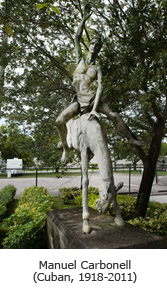 Burt Reynolds, best known as a leading film star, has had a storied career both on the big and small screens. Aside from his award winning portrayals of some of the world’s most iconic characters in film and television, Reynolds is also a businessman who has owned a football team, a dinner theatre, a working ranch and even a museum. 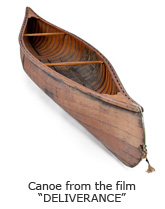 His brilliant acting career spans over six decades beginning with his breakout role on the hit 1960’s CBS-TV show “Gunsmoke” and including his leading roles in the films “The Longest Yard,” “Smokey and the Bandit,” “Stroke Ace,” “Boogie Nights,” “Striptease” and who can forget, “Deliverance.”

His television roles have also earned him accolades, including “B.L. Stryker” and “Evening Shade.” During the 1970s and 1980s, Reynolds was the ultimate movie star sex symbol with his outrageous good looks, enigmatic charm, dramatic roles and his memorable photo as Cosmopolitan Magazine’s first nude male centerfold. He was also a regular on the talk show circuit.

Reynolds’ major breakthrough film role was in the 1972 film “Deliverance” which established him as both a star and a serious actor. Throughout the 1970s and 1980s Reynolds remained one of Hollywood’s most sought-after superstars and to this day is revered and honored amongst his peers. Other memorable films starring Burt Reynolds included “Best Little Whorehouse in Texas” and “Starting Over.” He also won an Emmy Award in 1991 and a Golden Globe in 1992 for the popular television sitcom “Evening Shade” in which he starred.

In the mid-1990s his role as a shady congressman in the film “Striptease” earned him widespread notice within the industry. The following year he was cast in “Boogie Nights,” for which he won a Best Supporting Actor Oscar nomination and a Golden Globe Award. He also starred in “Mystery, Alaska” in 1999. In 2001, Reynolds starred in the thriller “Tempted” and in the charming love story “Snapshots” in 2002. He continues to act in feature films to this day such as the touching family story “Hamlet and Hutch” and the hurricane-themed movie “Category 5”recently filmed in Mississippi.

Memorabilia from The Collection of Burt Reynolds include cherished items from both his career and personal life including clothing, stage costumes, Western memorabilia including firearms, fine and decorative art, film and television props and memorabilia, vehicles and more. 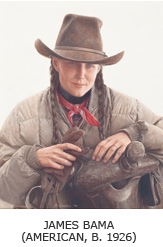 lso featured are numerous handcrafted items from the celebrated Edward H. Bohlin Company, of which Burt Reynolds was a part owner in the early 1990’s. Included are two spectacular sterling mounted parade saddles, “Big Burt” (Estimate: $25,000-$35,000) and another custom saddle made for Reynolds with elaborate Horse head conchas (Estimate: $30,000-$40,000). There are other smaller Bohlin leather and sterling items such as the monogrammed and silver tipped leather script holder (Estimate: $2,500-$3,500) and a sterling diamond pattern belt with a “BR” monogrammed buckle (Estimate: $1,800-$2,500) along with a variety of holsters and gun belts, many of them monogrammed.

Clothing and accessories highlights include a Nudie’s suit (Estimate: $1,000-$2,000), numerous pairs of western boots from Reynolds’ personal collection (Various Estimates: $600-$800) and a pair of boots screen worn in “Striptease” (Estimate: $300-$500). A large collection of belt buckles by the celebrated Western designers Bohlin, Nudie’s and Al Shelton will also be offered (Estimates ranging from $300-$1,800) and a performance worn hat from “Cat Dancing” (Estimate: $200-$300). 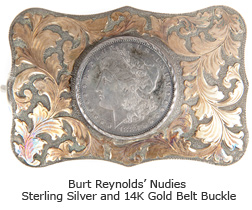 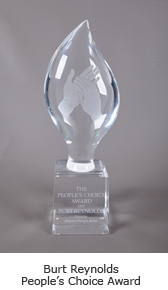 As an added attraction to the auction event, Julien’s Auctions will also be offering vehicles from the Collection of Burt Reynolds. They include a 1997 Dodge Ram pickup truck customized with a portrait of Burt Reynolds as “The Bandit” (Estimate: $8,000-$10,000), a red and white “BR” Ranch monogrammed surrey carriage gifted by Dolly Parton (Estimate: $3,000-$5,000), and the Burt Reynolds and Loni Anderson motorized Wedding Stagecoach built in 1979 (Estimate: $40,000-$60,000). 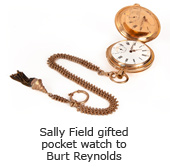 Burt Reynolds remains the quintessential movie star, a legend of both the big and small screen and a romantic leading man whose charm, dashing good looks and perpetual affection for the ladies has earned him an important place in Hollywood history.

All of the property in the auction will be featured in a full color limited edition catalog available for purchase at www.juliensauctions.com.

About Julien's Auctions
With expertise specializing in entertainment and music memorabilia, Julien’s Auctions has quickly established itself as the auction house to the stars. Julien’s Auctions presents exciting, professionally managed and extremely successful auctions with full color high quality auction catalogs unlike any other auction company and stars in the network primetime television series “Celebrity Home Raiders.” With media coverage spanning the globe and unprecedented marketing support, Julien’s Auctions has become known as the premier entertainment and celebrity memorabilia auction house worldwide.  Previous auctions include the collections of Cher, U2, Barbra Streisand, estate of Marilyn Monroe, the estate of Les Paul, Bette Midler and many more. Official website is www.juliensauctions.com or go to www.facebook.com/juliensauctions.

About Palms Casino Resort
Palms Casino Resort, heralded as one of Las Vegas' most sought-after destinations, is an all-encompassing, one-stop experience. Opened in 2001, the boutique property boasts three distinct towers and a diverse mix of bars and restaurants across a 95,000-square-foot casino. Palms is in the midst of a property-wide renovation, having recently renovated its Ivory Tower guestrooms, the newly redesigned Race and Sports Book, the iconic N9NE Steakhouse and suave Ghostbar, recently named “Best Lounge” by Nightclub & Bar Magazine. Other amenities include the popular Fantasy Suites, such as the Hardwood Suite, the only hotel room in the world with its own basketball court, and the Pearl Concert Theater, Las Vegas’ leading concert venue; Nove Italiano; the Michelin-starred Alizé; Iron Chef winner Kerry Simon’s eponymously titled Simon Restaurant & Lounge; Drift Spa & Hammam; Brenden Theatres, a 14-theatre Cineplex; three swimming pool environments, and more than 60,000 square-feet of meeting space. In September 2014, the property introduced Lao Sze Chuan, an authentic Chinese cuisine restaurant by renowned Chicago chef Tony Hu. Palms Casino Resort is located just west of the center of the Las Vegas Strip and I-15 on Flamingo Road and offers free shuttle service to The StripConnect with Palms Casino Resort on Twitter @Palms, on Instagram @PalmsCasinoResort and on Facebook.