Beverly Hills, California – March 11, 2013 – Julien’s Auctions, the world’s premier entertainment celebrity memorabilia auction house, has announced its Hollywood Legends auction of over 800 items including exceptional screen worn wardrobe, props, photographs, jewelry and celebrity owned items to be held on April 5 & 6, 2013 at Julien’s Auctions Beverly Hills Gallery. From the only surviving vehicle from the Green Hornet production to the fanciful Munchkin’s hats in the all-time classic “Wizard of Oz,” Julien’s will not disappoint at this year’s Hollywood spectacular. 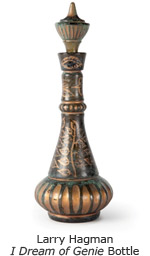 Unique to this auction is an unsurpassed collection of publicity stills and photographs from over 6000 films from some of the earliest days of Hollywood and through the 1960s. The collection includes original key book images, wardrobe test images, promotional and scene stills and images by photographers Clarence Sinclair Bull, Irving Lippman, M.B. Paul, Malcolm Bulloch, A.L. Whitey Schafer, Oliver Sigurdson, Ernest Bacharach, Chronenweth, Christie and many others. This is the first time Julien’s Auctions has presented this collection to the public.

Science Fiction will also take center stage with the sale of William Shatner’s laser rifle from the second pilot episode of the Star Trek television series (Estimate: $40,000-$60,000). The rifle predates the “phaser” popularized on the show and is a bespoke prop rifle produced at the request of series creator Gene Rodenberry. The Green Hornet and his trusty sidekick Kato cruised the streets of Los Angeles in a tricked out 1965 Imperial Crown nicknamed Black Beauty. In the 2011 production of The Green Hornet Columbia pictures built and destroyed a number of these cars during production. Julien’s Auctions will present the one vehicle to survive intact (Estimate: $40,000-$60,000) along with Jay Chou’s five-piece Kato costume (Estimate: $8,000-$10,000) complete with chauffer cap and facemask. 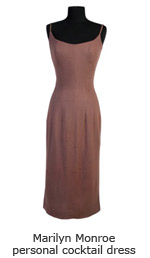 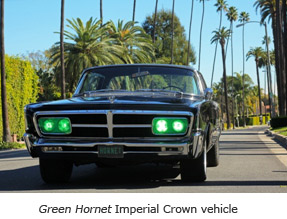 An extraordinary offering of items from screen goddess Marilyn Monroe serves as one of the many highlights of the highly anticipated events. Highlights will include a selection of items from her personal life including a brown cocktail dress from Monroe’s personal wardrobe (Estimate: $5000-$7000), as well as, personal stationery, signed checks, original photographs and never before seen footage of Monroe on set and behind the scenes of The Misfits. In Some Like It Hot, Monroe famously revealed the bra under the gown she was wearing which will be offered for sale at this auction event (Estimate: $8,000-$10,000). Fans and interested collectors can view the highlights of the Marilyn Monroe Collection which will be on display at Hotel Bel-Air and The Beverly Hills Hotel free to the public from Monday, March 4th until Friday, March 29th in the lobbies of both hotels.

For the first time, Julien’s Auctions will also offer a modern archive of casting videos from an array of celebrities including Leonardo DiCaprio’s audition for the role of Ponyboy in The Outsiders, and Brad Pitt, Robert Downey Jr., Keanu Reeves and Dermot Mulroney for the film Backdraft, Sandra Bullock, Gwyneth Paltrow, Julianne Moore, Helen Hunt and others for roles in Jurassic Park, David Arquette, Adrien Brody, Noah Wylie, Ben Affleck, and Lisa Kudrow auditioning with Ellen DeGeneres for roles in the film Mr. Wrong, Russell Crowe, Jennifer Connelly, Patrick Dempsey and others for roles in A Beautiful Mind, and more (Estimate: $2000-$4000, each).

Wardrobe highlights include pieces worn in the two films that changed Hollywood — The Wizard of Oz and Gone With the Wind. From The Wizard of Oz, a hat worn by a member of the munchkinland cast which was the flowerpot shaped hat will be offered. It was purchased directly from Weisz auction house which executed the landmark 1970 MGM backlot auction (Estimate: $8000-$10,000). From Gone With the Wind a pair of Clark Gable’s loafers worn for his role as Rhett Butler (Estimate: $8000-$10,000). 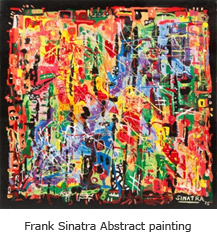 In addition to the screen worn wardrobes, Julien’s Auctions will also offer personal wardrobes of some of the most celebrated Hollywood stars including the 1963 Tippi Hedren worn ivory evening coat worn when she attended the Cannes Film Festival for the premiere of The Birds on the arm of director Alfred Hitchcock and designed by Edith Head (Estimate: $1000-$2000), and Brittany Murphy couture wardrobe items, designer clothing and accessories worn by Murphy in her private life and out to premiere, award programs and modeling sessions.

All of the property in the auction will be featured in a full color limited edition catalog available for purchase at www.juliensauctions.com for $100.