JULIEN’S AUCTIONS BEVERLY HILLS PRESENTS A ONE-TIME OFFERING OF SPECTACULAR COSTUMES, JEWELRY, ART AND PERSONAL PROPERTY OF BETTE MIDLER TO BE AUCTIONED FOR THE BENEFIT OF THE NEW YORK RESTORATION PROJECT 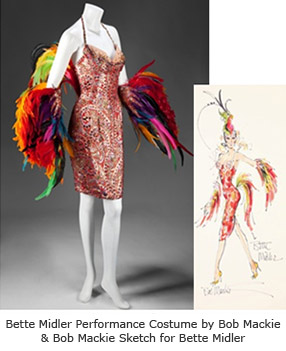 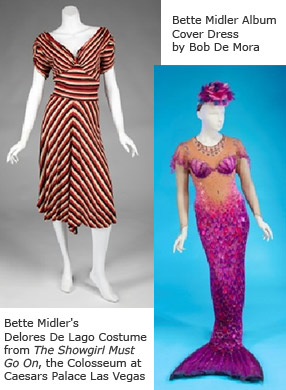 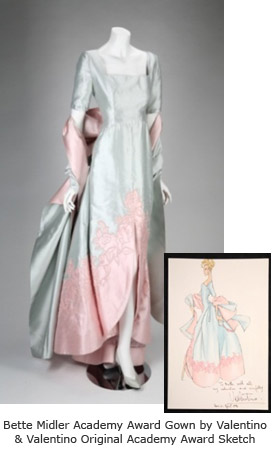 Midler is one of the few performers who are instantly known by their first name, and is regarded by all as “The Divine Miss M.” Since her debut album in 1972, she has sold over 30 million records worldwide. Her Oscar-nominated role in “The Rose” established her as a premier actress in motion pictures, and she has conquered the worlds of Broadway, television and the concert stage in a career that spans over 40 years. 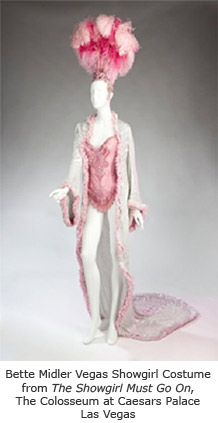 Her awards include Grammys, Emmys, Tonys, Golden Globes, a People’s Choice Award, Oscar nominations, and record-breaking box office sales for her concert tours. She has played The Palace, The London Palladium, Carnegie Hall, The Met, and arenas and theaters all over the world. She has written two best sellers. Most recently she completed a sold-out, two-year run in Las Vegas in “The Showgirl Must Go On”, and received an Emmy nomination in 2011 for the HBO film of the same name.

There is no doubt in the minds of her millions of fans worldwide that Midler reigns as the self-proclaimed “Queen of Trash,” which actually foreshadowed her second passion– one she says is the most important work of her life. She is the founder of New York Restoration Project (NYRP), a non-profit organization she created in 1995 when she and her family moved back to New York City and found many of its parks, community gardens and open spaces reduced by abandonment and neglect to a state of complete disrepair. A force of nature herself, she immediately mobilized friends and community leaders and began the now 16-year old greening organization that will benefit significantly from the auction sales.