World High-Definition Premieres of 17 James Bond Classics on VOOM's FilmFest HD Airing All Month, Uncut and Commercial Free, With David Hasselhoff as on-air host Titles Include favorites like Diamonds Are Forever, License To Kill, From Russia With Love and Goldfinger

New York/London - How cool is James Bond? The sleek spy-gizmos, fast cars, beautiful women...a man to envy! Now imagine all that Bond has to offer in vivid high definition--the gadgets are shinier, the cars are faster, and the women, well that's a whole other story… 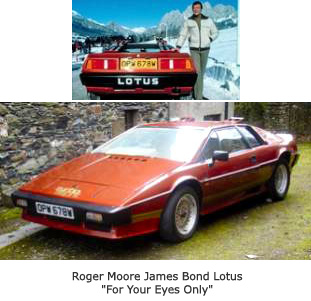 Anchoring this unprecedented programming event is an all-day live auction presented by Julien's Auction's (www.juliensauctions.com) featuring some of the most collectible memorabilia from one of the greatest franchises in film-making history. Viewers will get the chance to have some of Bond's cool for their very own on Saturday, June 17 from 12:00 PM to 5:00 PM ET, when TREASURE HD (DISH Network-Channel 9473) airs a live auction from Planet Hollywood in New York, with audio simulcast and live concurrent bidding at Planet Hollywood in London. For this important auction, which will feature over 50 lots of James Bond memorabilia. TREASURE HD, the first and only 24/7 high-definition channel for and about people with a passion for collecting, partners for the third time with JULIEN'S AUCTIONS, the premiere Los Angeles auction house specializing in high-end celebrity memorabilia. During the event, viewers can bid from the comfort of home, by going online at juliensauctions.com. The catalog of the sale can be found at the Julien's web site, where pre-bids can also be entered. An auction preview show, highlighting the stories behind the sale's top draws, will premiere on TREASURE HD on May 20th.

"There are so many iconic items in this sale that are coveted by serious collectors, that I expect the bidding to be fierce," notes George Lansbury, Executive Producer and Director of Programming and Production, TREASURE HD. He continues, "Offering coverage in high def on TREASURE HD gives our viewers a better-than-being-there opportunity, with a front row seat to one of this year's most talked about entertainment auction events." Among the most sought-after lots on the block is the Lotus Esprit Turbo driven by Roger Moore in For Your Eyes Only. The car carries double importance to collectors: not only was it one of two featured in the film, but--also known as the original Essex car — it is a prototype of the model, acknowledged as the rarest and most famous Lotus of all time. Estimated at $250,000-$350,000 the car is fitted with a plaque that states: "This Lotus Esprit Turbo chassis number is the actual car used in the film For Your Eyes Only". The sale also features rare and important memorabilia from Elvis Presley, Marilyn Monroe, John Lennon, Joan Crawford, Shirley Temple, Elizabeth Taylor and Katherine Hepburn.

"We are very pleased to offer a wide range of James Bond property in this sale, which includes items from Bond's early films with Sean Connery as well as property from recent Pierce Brosnan films. Perhaps most exciting is the prop derby hat used by Goldfinger's henchman Odd Job in "Goldfinger," which to me is the single most diabolical and deceptive device from the ultimate Bond film," states Rob Zabrecky of Julien's Auctions. 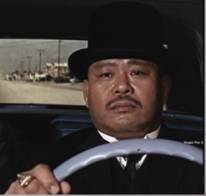 THE WORLD IS NOT ENOUGH: